Reply to 'AN OPEN LETTER TO ALL ORGANISERS, ATTENDEES, OBJECTORS AND SUPPORTERS OF THE AWAKENING CONFERENCE' 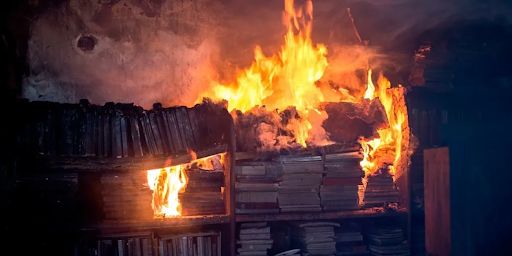 The open letter can be read here.
I am not an organiser, attendee or particularly interested in this conference. I simply object to the totalitarian suppression of free speech and assembly in our public spaces.

There are many events that go against what I believe. It would never occur to me to seek to cancel one.

The very thought of seeking to prevent the meeting of free and law-abiding people is beyond me. How did you ever come to countenance such a perverse and utterly uncivilised idea? It's terrifying that you seem to have some intelligence and yet are clearly oblivious to this outrage against the neighbours you claim such fondness for.

You accept that conspiracies, corruption, and hidden agendas exist. Believing all this, one has to wonder where such beliefs, so facetiously tacked on as an afterthought to your post, have led you.

For me, and others like me, this is the primary concern of humanity.

It is what causes us to question. To question why certain 'established truths' are enforced with the zeal of religious doctrine. And why others, sometimes far less contentious, yet far more significant, are side-lined and ignored. We always ask: who benefits? And the answer is always the same.

My prime concern in life is how corruption impacts our world and threatens to impact the world our grandchildren will inherit. I seek out patterns - because that is all I can hope to find in a tangled web of deceit. What do you do?

I don't believe you've thought through your blasé statements about corruption in the world. They seem to just hang there as meaningless and disconnected concepts without consequence.

Why is corruption rife? Why and how are institutions corrupted? Are there any that are not? If so, how could that be? You place your trust in the Guarniad, taking its claim of objectivity at face value. Why? The same question goes for the UN, the IPCC, 'Hope not Hate', etc. You think these institutions and countless others exist to serve your interests, and not those of the stinking rich.

Where you assume integrity I see blatant corruption. And it's child's play to see who is benefitting.

Your conspiracy theory - that an assortment of obscure societies created the anti-Agenda 21 'theory' - implies that without their input no one could possibly have come to similar conclusions independently. I beg to differ. I see no reason whatsoever to trust the UN or to take any of its claims at face value. Can you give me one? By what mechanism is such a body immune to nefarious influence and infiltration?

The UN is just one manifestation of the globalist project whose endpoint is a global governance system in which the unaccountable stinking rich decide how you and I live. Every signal points to this, from the smart meter in your house to the global 'National Banks' (which are no such thing) developing programable digital currencies, to the UN secretary-general declaring that prohibition of so-called 'hate speech' doesn't infringe upon my human rights (a bit like you). Everything is pointing towards this totalitarian end.

You call this a myth. I call you blind. Name a time in history when the greedy did not seek domination. The only difference now is that an end is in sight. The world has shrunk, and technology has brought the most depraved dreams of psychopaths within reach. It is only the very dissent you seek to silence that stands between them and the realisation of their demented wish. If you think tyrants have become extinct, I'd love an explanation of how and when that miracle occurred. I say they simply became slicker, wealthier and yet more ambitious.

As for your rhetorical question, "Who could possibly feel threatened by greater environmental regulation and protection and by any move to bring care of the planet into our collective [sic] decision-making processes?", allow me to answer it: Me. I feel very threatened by it because I know full well that the 'green' agenda has been driven full throttle for decades by the stinking rich, who stand to gain unimaginable power over us if we do not stand up now. The modern environmental movement is a scam, plain and simple. If you choose to trust the scum of the Earth to fix the horrific mess they have created, you are a gullible and dangerous fool.

The familiar trope that 'the fossil fuel industry' is some kind of ring-fenced entity seeking to protect itself against the shiny new green paradigm is embarrassingly childish. Those whose insane wealth came from or was multiplied through oil now control the narrative itself more completely than ever before - which is infinitely more valuable. The same interests control every industry, including the fake media as well as the climate change industry which boils down to carbon markets and the digital panopticon know as the internet of things - ie almost infinite control and wealth. The stinking rich don't give a damn about oil profits - they're after your grandchildren.

If you want to truly begin to understand some of the history behind the modern 'green movement', and how it was literally started by the oiligarchy this is well worth a listen:

Big oil also happened to create the pharmaceutical industry along the way, which you euphemistically admit 'hasn’t covered itself in glory over the years'. As you've just placed yourself in its 'care', it is little wonder that you seek to downplay what a vile and criminal racket it is. But facts are facts. Here are Pfizer's and Astra Zeneca's rap sheets which make for truly disturbing reading (because they are clearly run by psychopaths, and are utterly corrupt, you see - which the Guarniad couldn't possibly be):

These are, of course, just the times these criminals have been caught and 'punished' by taking a little off their profit margin. Bear in mind that 'regulatory capture' is a given, so this is really just the occasional slap on the wrist - there is no true oversight. I mean - was whatever went into your arm tested independently? Will it ever be?

Your statement that 'VAERS reporting for the flu vaccine yields similar results' to the new 'vaccines' shows clearly that you are not paying attention. And frankly who can blame you. In your shoes, I wouldn't want to know the reality either.

You say you respect anyone who chooses not to be vaccinated and that you welcome more debate and more investigation, admitting that this is something the conference you sought to silence may contribute towards. How big of you.

You sought to suppress free speech and assembly, blocking community access to a community resource, while also - unwittingly or not - taking part in the slander of a large group of the neighbours you apparently want to 'stand together' on 'common ground' with. Whether the meeting can take place elsewhere is irrelevant. "Yes, we're burning your books, but it's not censorship, because you can always print more" is no defence. You are on the wrong side of this argument. That's right - the evil side.

Regarding views we find abhorrent: in a civilised world, unless speech is unlawful, it is simply not our business what others say or think.

According to the Guarniad 19/11/2021, "Austria is to become the first European country to make [so-called] vaccinations mandatory".  An interesting turn of phrase, I thought.

Those who genuinely 'respect choice', are not talking about Auschwitz, Flat Earth, or how cool white people are. They are seeking to prevent the greatest crime of all time from happening right now - and you are seeking to stop them from doing so.

The horror that some saw coming from the beginning of this shit show is now coming into view. This is a pivotal moment in human history. What is happening in Austria is the darkest development of our lifetimes, by far. If you can't see where this leads, all your intelligence is for nought. And as all this goes on, all you can do is implore the community you care so deeply about to “be careful”.

Yes. We want to be careful. Very, very careful.

But tragically, like so many of our 'loving' neighbours, you don't seem to have the slightest clue what that means right now.

You ask how we can listen to one another. Well, that's easy: by not attempting to silence one another. To do so, as you recently have, is morally bankrupt. And, at a time such as this, indefensible.

You ask how you can trust or respect someone whose views you do not share. That's your lookout - no one else cares. It's only when you respect them so little that you would seek to silence them that it becomes an issue. That is when your disrespect crosses the line and becomes malignant.

The honourable solution is always more dialogue - while the obverse is to silence your opponent. To then go on to spout vacuous platitudes about love, tolerance of difference and the happiness of our community is simply an insulting charade.

You say you fear for those who are exposed to 'dangerous views'. I fear for anyone who can be so unaware of how utterly condescending they are being.

How embarrassing it is to have to spell out such an obvious truth:

I can, and will, think for myself.